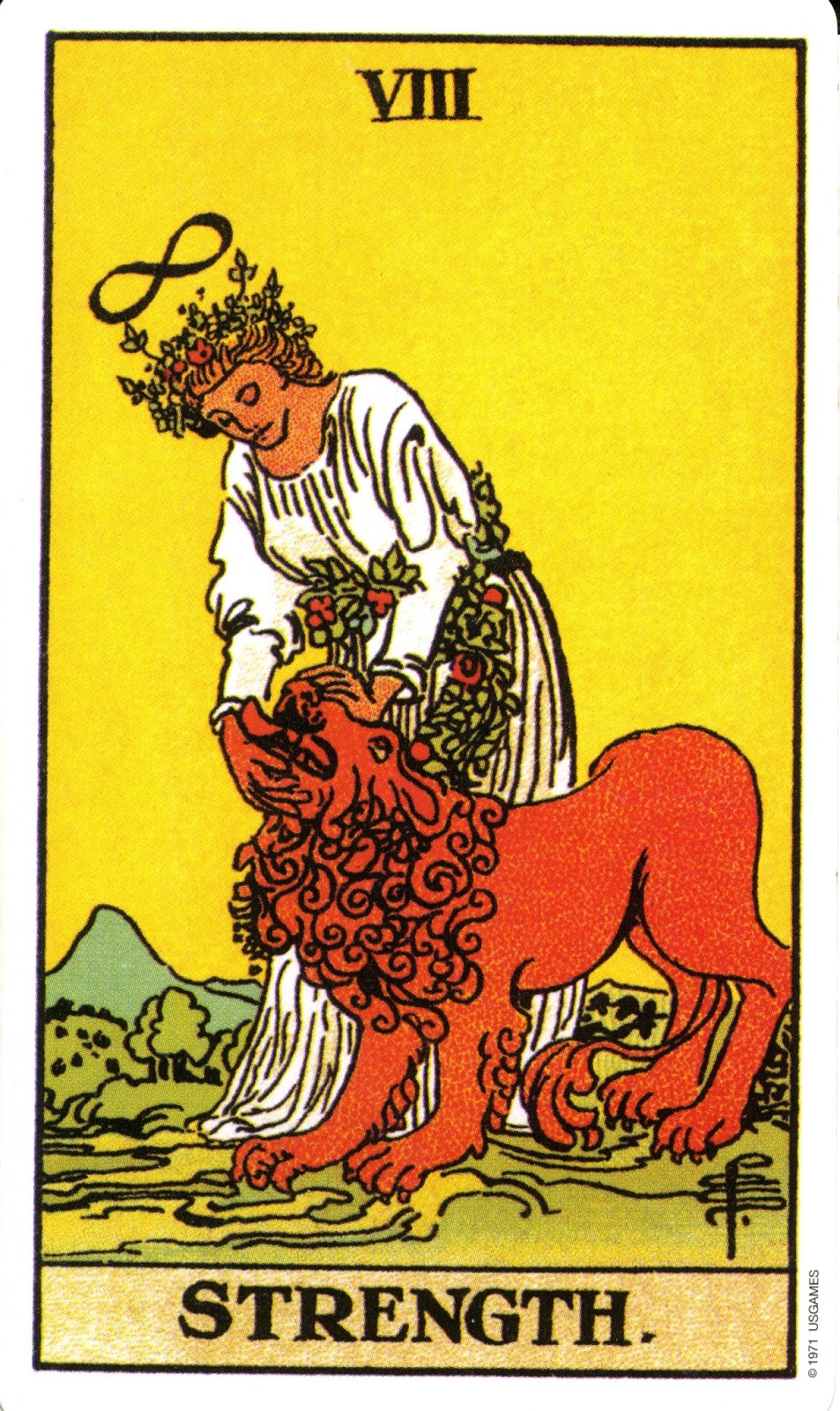 We would go along with all of those, but again, let’s look at the symbolism of the card.  A graceful woman with the infinity sign above her head, closing the jaws of a lion using calmness and graceful strength alone.

If you draw this card in a spread, are you being strong, or is strength somehow being used against you?  Again, looking at the card, it appears that it’s a graceful strength, and the strength of honesty and integrity.  Are your actions holding someone else to account?  Are you in need of showing strength in a situation.

As a little update as at 24 September 2019, I just drew a card asking how Boris Johnson is feeling about the Supreme Court’s ruling against him in that he acted unlawfully in proroguing Parliament, and the card I first drew was Strength.  A perfect example of the above, in that a quietly spoken strength was used against him, and he no doubt felt the weight of the strength of that pressure.  Strength in this instance was crossed by The Lovers, often a card of crisis.

The World The Hierophant