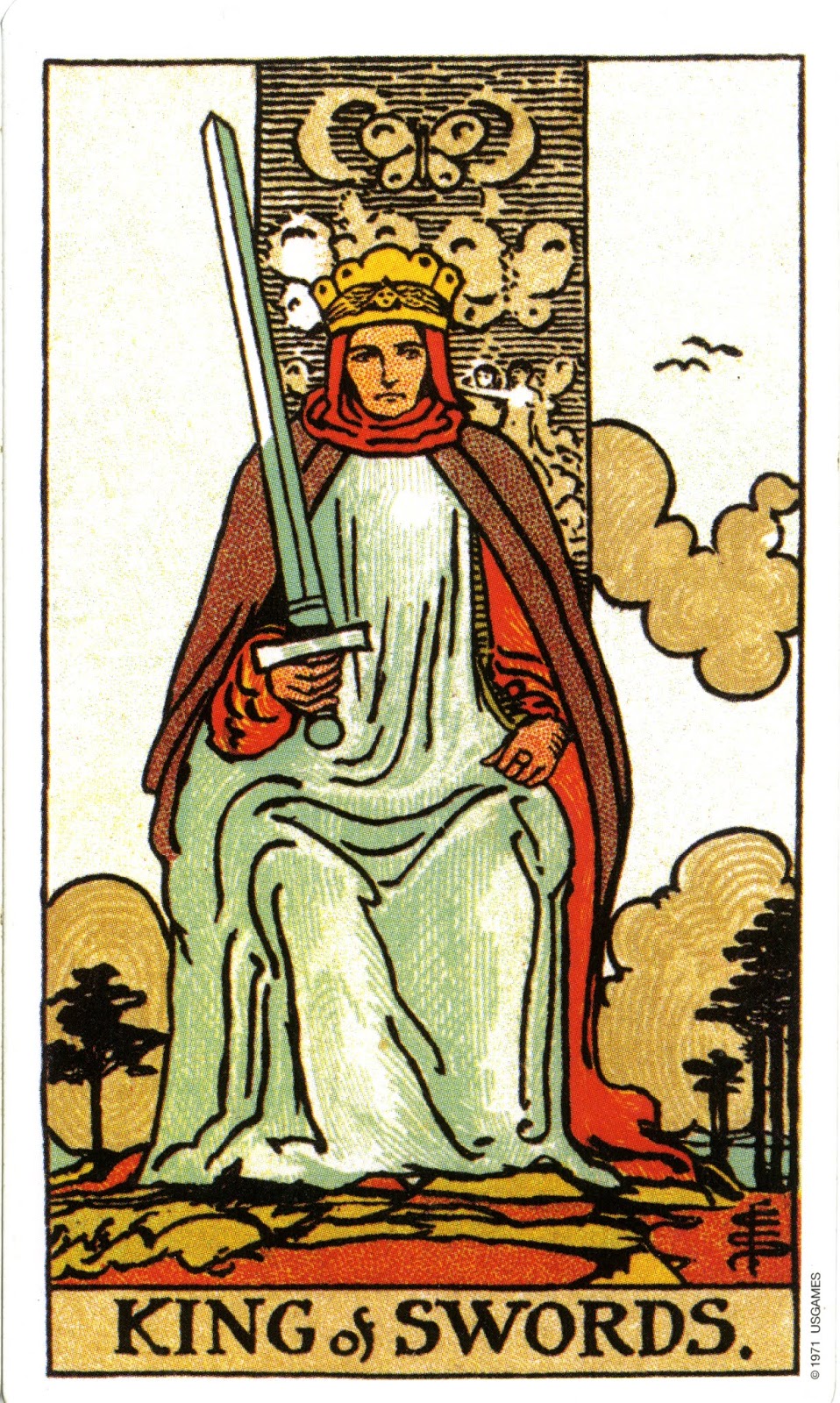 And today we have the King of Swords.  As usual, I’ll give Waite’s representation of the card, being:  Whatsoever arises out of the idea of judgment and all its connexions-power, command, authority, militant intelligence, law, offices of the crown, and so forth.  Reversed – cruelty, perversity, barbarity, perfidy, evil intention.

The swords are all about intellect and clear thought.  The King of Swords is a man or woman of sharp intellect, and is a card of a plan of action.  The sword leaning to the right signifies this plan of action.  Beware though, while kings can be clear headed and wonderful rulers, absolute power also brings arrogance and error due to people around them being afraid to say what they are truly thinking.

Note the reversal meanings of the King of Swords.  Remember, too, that a card does not always have to be reversed in order to take on its reversed meaning.  Look to the cards around it or draw another card or two for clarification.  If a court card were to denote a career, an example of the King of Swords would or could be a lawyer.  A good lawyer is good to find, but as well know, that profession has more than its fair share of people misusing the power given to them.

Four of Cups Ten of Swords