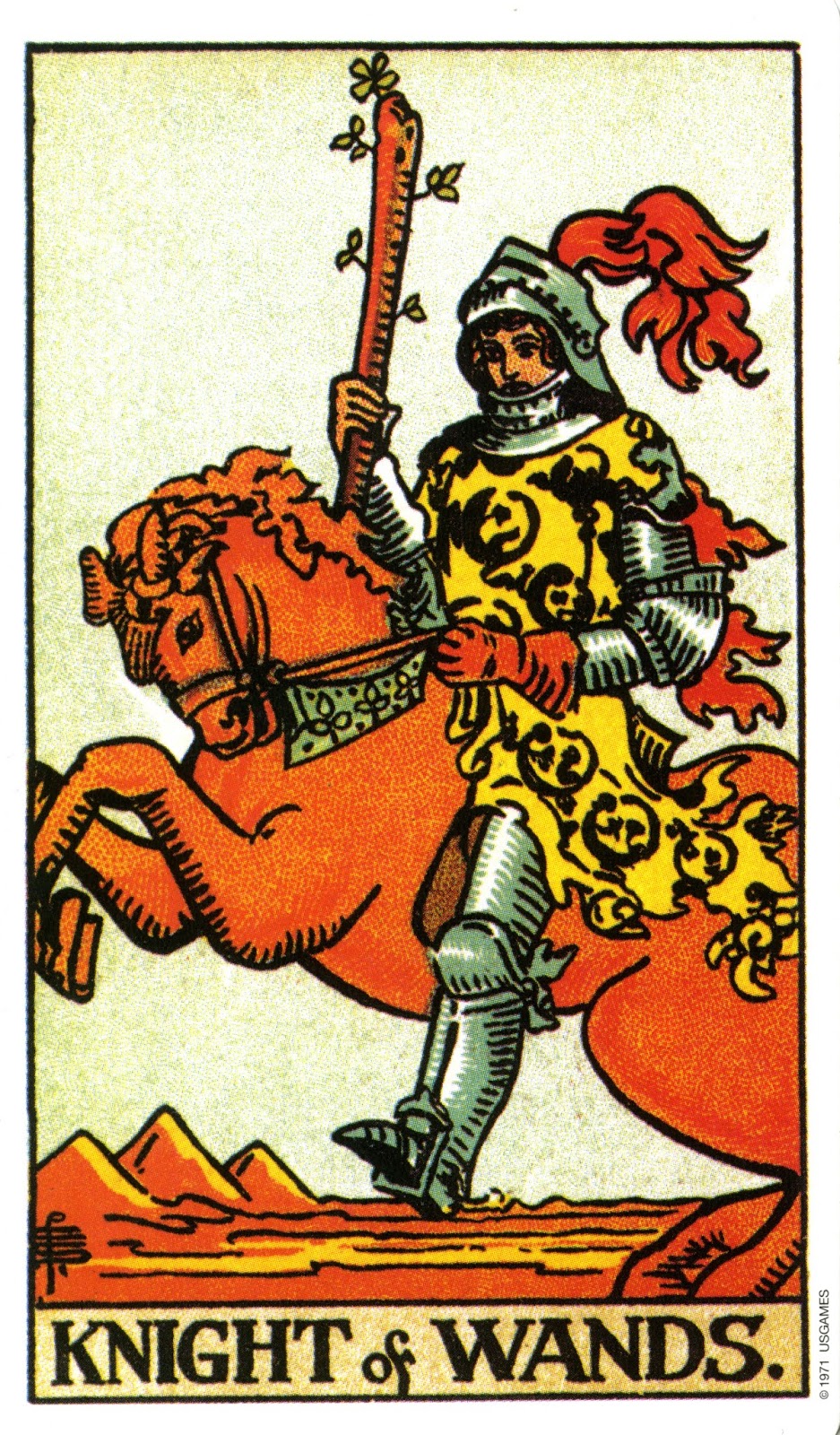 Today’s card is the Knight of Wands.  As usual, I’ll give Waite’s interpretation of the card, which is:  Departure, absence, flight, emigration.  A dark young man, friendly.  Change of residence.  A bad card, according to some readings; alienation.  Reversed – rupture, division, interruption, discord.  For a woman, marriage probably frustrated.

People probably think that I should stick to Waite’s meanings, however, time moves on and we live in different times.  Thankfully, gender stereotypes no longer come into play in modern times (or slightly less, anyway), and therefore the gender roles of the cards no longer really apply.

The Knight of Wands is a card of movement.  All the wands signify life and the unstoppable movement of the life force.  After a fire has ravaged a forest, new life starts so incredibly quickly, and that is the wands.  I would most definitely go along with Waite’s description of departure, absence, flight, emigration, and change of residence, however, it can also apply to situations.

Someone may run away from making a decision or from taking action.  Or, the knights implying immaturity, may also mean flying into action without taking into due consideration the consequences of the actions taken, such as any of the Queens may do.

Two of Swords Page of Cups