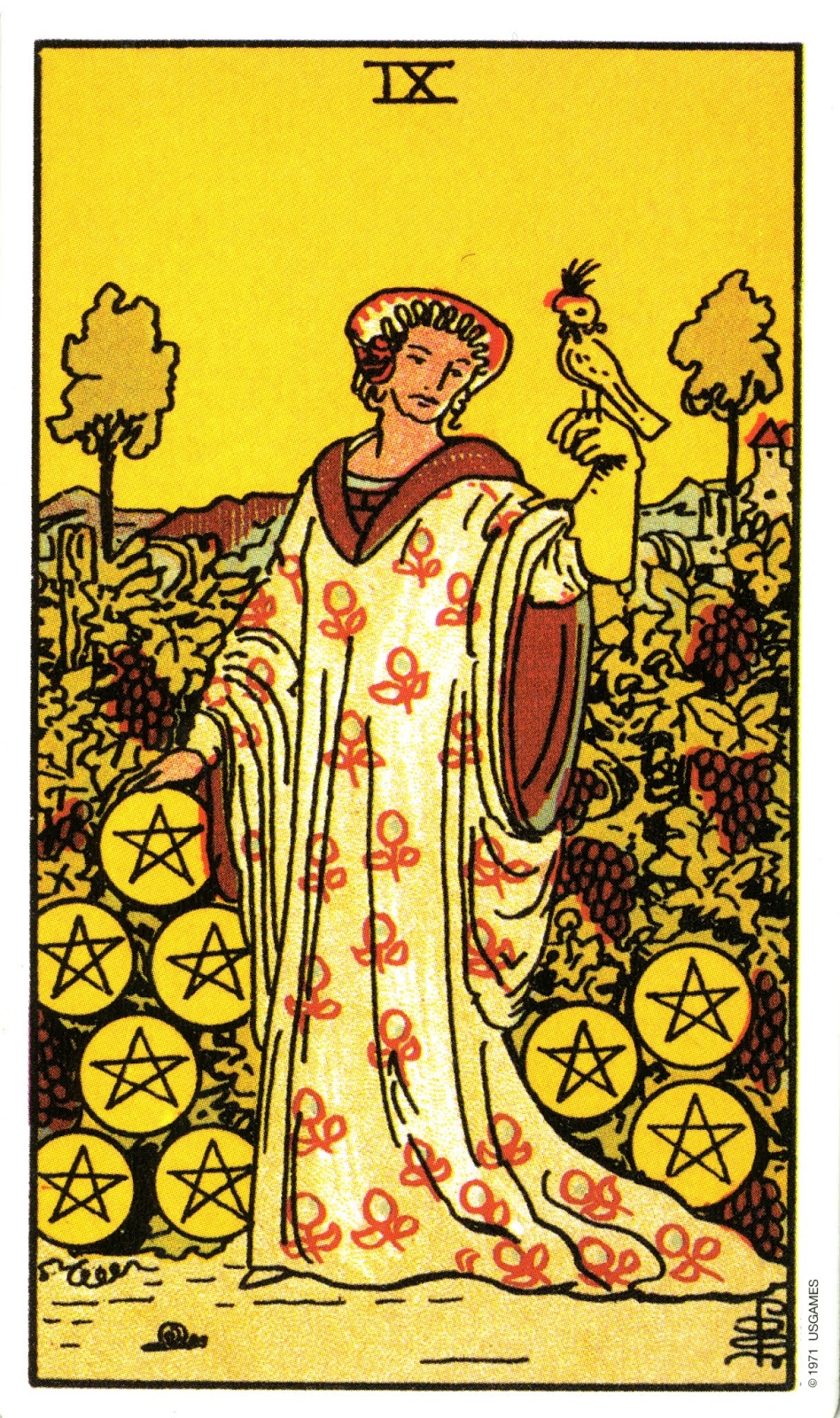 Today’s card is the Nine of Pentacles.  As usual, I will give you Waite’s interpretation, being:  Prudence, safety, success, accomplishment, certitude, discernment.  Reversed – roguery, deception, voided project, bad faith.

A lot of  readers ascribe discipline to this card, and I meet that and the above somewhere in the middle.  I see the Nine of Pentacles as the reward for hard (and honest) work.  The woman in the card has shown discipline, and self-discipline, in her efforts, and is now able to enjoy the rewards of her endeavours.  Self-discipline, of course, often entails excluding outside influences.  An example, you are starting a business, and stop or decrease solialising in order to ‘get the job done’, ie head down, bum up.

Also, if you look closely at the card, you will see a snail at the woman’s feet and also a hooded bird on her arm.  A snail moves very slowly, and a bird with no hood is going nowhere.  It’s a card of non-movement, however, it’s also a card of being able to enjoy the stasis and stability that has been created.

To me, this card is basically about working hard and enjoying the fruits of your labour.  The Nine of Pentacles differs from the Seven of Pentacles, in that the seven can sometimes mean wasted efforts.

Reversed, in my mind, would mean not putting in enough of an effort in order to achieve success.

The Magician The Emperor