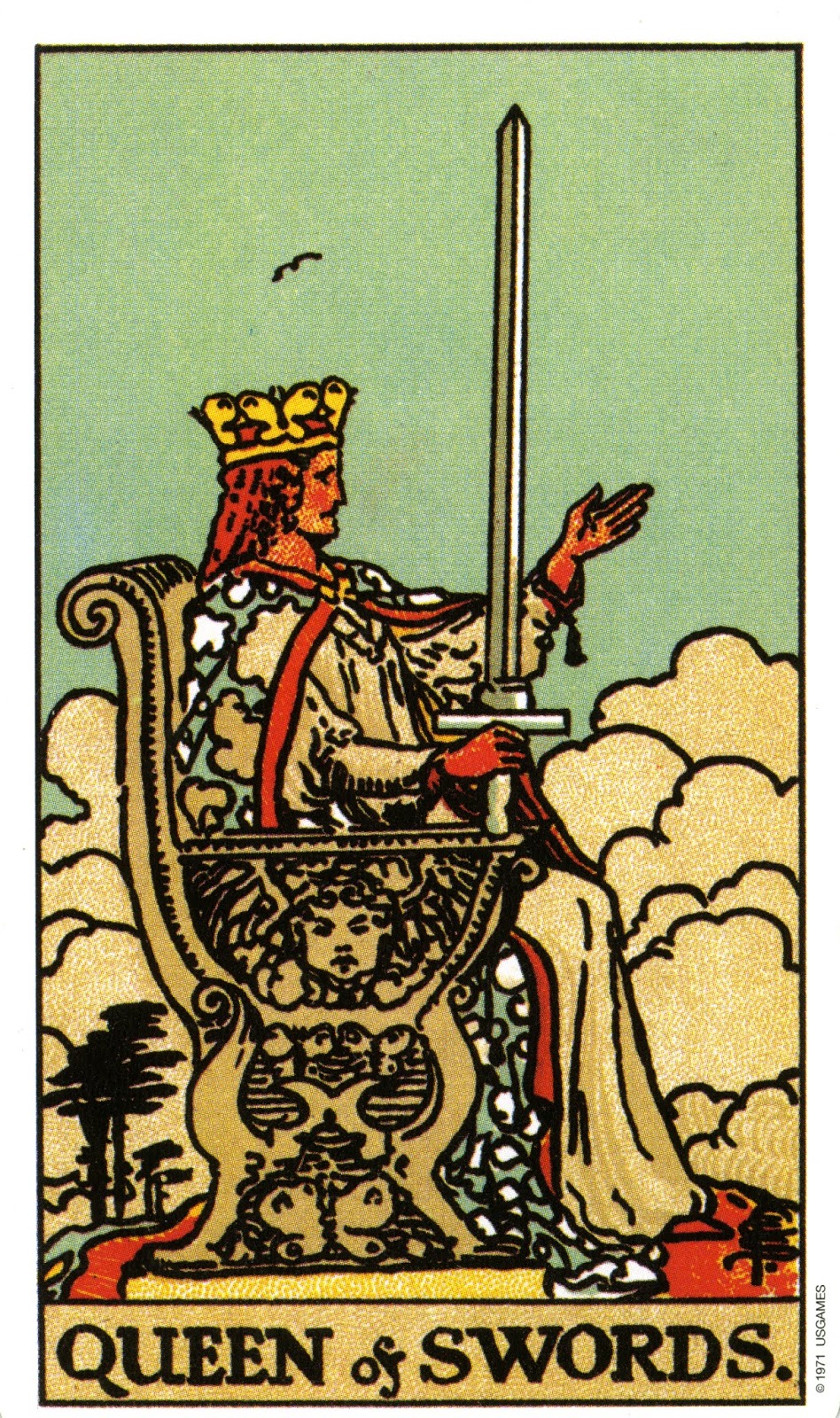 I go along with Waite in part, but there is so much more to the Queen of Swords than the above.  The court cards are supposed to represent a person, a queen a female and a king (or knight or page) as a male, but those ideas are well outmoded.  Gender is no longer regarded as a physicality, but what the person feels they are, however, that is a conversation for another time.  It is more about representing facets of a person.

The Queen of Swords, being a sword is a card of the intellect.  It may be a man or a woman, but the overall feeling is not only a sense of loss, but also how that loss is affecting the person involved.  Men and women generally feel bereft at the loss of a relationship, and generally act in similar ways.  The Queen of Swords may not just simply signify a loss of relationship, but the loss of perhaps an ideal, like a way of life, perhaps a job or a home, but a loss nonetheless, and alters our behaviour according to that loss.

Eight of Cups King of Cups